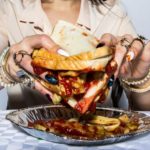 Working in a supermarket, I noticed the vast amounts of food that is wasted and thrown away, which encouraged me to research more about the exact figures of food wastage in large countries like the UK and US. The figures were astonishing. World hunger is a concept many people, or perhaps everyone, is familiar with, but perhaps it is the injustice in the distribution and usage of food that needs more attention.

END_OF_DOCUMENT_TOKEN_TO_BE_REPLACED 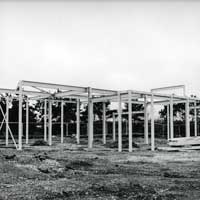 My concept of ‘The Coming Soon Land’ sprouted from the emotional disarray I found in observing a town undergoing change within development. Whilst the project grows from a frustration, the landscapes are in some sort of structural purgatory which I find aesthetically interesting, a grey zone that is not quite one nor the other, plans proposed but stuck in quicksand amidst a crisis concerning social and urban justice. Solidarity in this, comes from an accumulation of observed opinions which have been illustrated through my imagery. It feels a complex situation, one that is constantly progressing.

END_OF_DOCUMENT_TOKEN_TO_BE_REPLACED

I came across the ‘Bridges Not Walls’ conference through the organiser Nancy, who I knew prior to the project. She spoke to me candidly about the work they do within the school they are employed by, challenging stereotypes and educating young people on a range of topics.

END_OF_DOCUMENT_TOKEN_TO_BE_REPLACED

The Global Justice Academy (GJA) and Political Settlements Research Programme (PSRP) recently hosted a free Peace Photography Masterclass at the University of Edinburgh. The workshop discussed the visual representation of peace and conflict transformation, led by world-leading photographers Martina Bacogalupo, Colin Cavers and Paul Lowe. The photographers discussed their own work, as well as images produced by Edinburgh College of Art (ECA) and Nanjing Institute of Industry and Technology students for the Global Justice Academy’s photography competition, to invite participants to view peace with a new, critical and artistic eye.

Introduced by Professor Jolyon Mitchell (Director of the Centre for Theology and Public Issues) and chaired by the Global Justice Academy’s Astrid Jamar, the workshop began with lectures from three professional photographers, who explained the vision behind their work as well as the challenges involved in visually capturing peace and post-conflict societies. 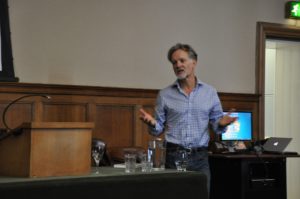 The first speaker, Paul Lowe (London College of Communication, University of the Arts London), discussed the use of photography in social and ethical discourses using examples from his exhibition project ‘Picturing Moral Courage: The Rescuers’. By capturing the portraits and stories of individuals who risked their own lives to save the lives of others in instances of mass violence and genocide, Lowe invites audiences to hear the testimonies of those pictured with empathy and recognition: to bring to light the personal and human sides of global issues and to make accessible the narrative of the ordinary hero. Lowe’s portraits capture powerful, emotionally charged moments of reunion and testimony. His exhibition aims to provide relatable moral role-models for recovering post-conflict communities to spark positive, active participation in peacebuilding efforts. To this end, the photographs have been made available online and as a travelling outdoor exhibition in order to bring Lowe’s work and its messages to new, usually untargeted audiences. The exhibition has become a focal point for youth workshops across the globe, bringing together different ethnic groups to consider issues of violence, human rights and peace. Responding to audience questions, Lowe expanded on the difficulties of capturing portraits in fraught communities where individuals are afraid of being outspoken, yet ultimately stressed that working together on common creative projects allowed participants to enter into new discursive and collaborative territories. 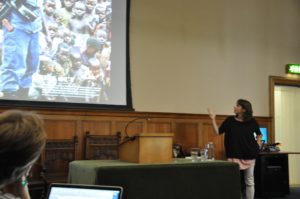 The second speaker, Martina Bacigalupo (Agence VU), discussed her time living and working in Central East Africa as an independent photojournalist and stressed the importance of lived experience when visualising peace and post-conflict societies. Bacigalupo described her own experience of falling into the journalistic trap of producing westernised images of Africa that follow preconceived, mainstream modes of discourse. Deliberately attempting to counter this, Bacigalupo crafted a new body of work that aims to encapsulate the intimacy and vibrancy of everyday life in Africa: the ordinary, complicated humanity of local communities and not the sensationalised images of war and violence that permeate mass-media depictions. Bacigalupo described a desire to use photography to challenge patronising European views and to create new visual narratives of Africa based on collaboration and equality. Her latest photobook ‘Gulu Real Art Studio’ reprints scraps from an African portrait studio in which the faces have been cut out for ID photos – only the clothing and posture of the sitters remain. By examining that which is usually left out of the frame, Bacigalupo captures rich details about contemporary life in Eastern Africa, revealing insights into the tensions and nuances of post-conflict communities. 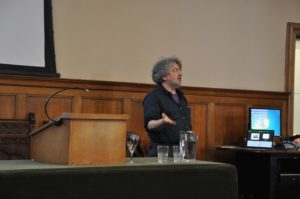 Finally, Colin Cavers (Edinburgh College of Art, Edinburgh Napier University) introduced his work for the Global Justice Academy’s annual photography competition. Cavers looked at classic examples from protest photography to illustrate the pitfalls and binary stereotypes that typically inhabit peace photography – those of male/female, floral/industrial divisions – and advocated a move towards more interpretative – rather than literal – modes of image production for the GJA commission. Using a selection of work from the past photography competitions (and previews of the recently announced 2017 winners), Cavers demonstrated how students from the Edinburgh College of Art and the Nanjing Institute of Industry and Technology came together to reinterpret traditional thematic associations of peace and create new subversive images that provoke thought and discussion. 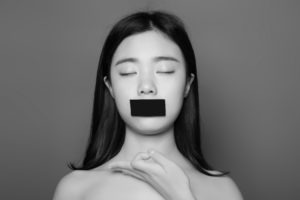 A full selection of entrants’ submissions to current and previous GJA photography competitions can be found here.

After the opening talks, participants engaged in an ‘interactive lunch break’; each used a photograph they felt illustrated peace to briefly introduce themselves and spark discussion on the topic. Groups discussed the idea that peace may be something more than the mere absence of violence, contemplated the intense longing for, and absence of, peace often found in post-conflict images; and debated the importance of disagreements and conflict even within peaceful communities. In a final round-table discussion, participants shared their reflections on the photographers’ work and the themes that had been raised during the afternoon, looking to the future of photography as a means of challenging assumptions about peace and conflict and as an important tool for provoking and facilitating discussion.

Blog post by Heather Milligan, Communications Intern for the Global Justice Academy. This event was supported by a generous grant from the Social Trends Institute, the GJA, the Binks Trust, and the Centre for Theology and Public Issues (CTPI).

On 26-27 February 2015, the Post-Conflict Research Center from Sarajevo, Bosnia and Herzegovina, visited the University of Edinburgh to present its award-winning “Ordinary Heroes” project. “Ordinary Heroes” won first place in the 2014 UN Alliance of Civilizations and BMW Group Intercultural Innovation Award in a ceremony hosted by UN Secretary General Ban Ki-moon in Bali, Indonesia. The Global Justice Academy at the University of Edinburgh sponsored PCRC’s travel to Edinburgh.

Mina Jahić is a widowed octogenarian from Rogatica, in eastern Bosnia and Herzegovina, whose husband and two sons lost their lives in the wars that followed the violent dissolution of Yugoslavia in the early 1990s. She lives by herself in an upper floor of a prefabricated apartment block not far from the capital Sarajevo. A devout Muslim, Mina’s hope for the future of her country lies in the youth, who she believes still have the power to change the ethnocratic system that has blocked any attempts for reconciliation and reform since the end of the war in 1995. What Mina’s wartime experiences separate her from her neighbours, however, are the risks she took to save a stranger escaping his execution. Mina is an ordinary hero.

Ferid Spahić, a gas station attendant in Ilijaš, a small town to the northwest of Sarajevo, was in his mid-twenties when the first shots were fired in Bosnia by Serb paramilitary forces bent on “cleansing the land” for a “Greater Serbia” under the guise of preserving Communist Yugoslavia from dissolution. A Bosniak Muslim, too, he and his neighbours were targets of ethnonationalist destruction that quickly engulfed Bosnia’s three main ethnic groups – Serbs, Croats and Bosniaks. One day in June 1992, a Serb man from his village, whom he had seen as a trusted neighbour, rounded the local Bosniak men into buses, telling them as they were separated from their wives and children that they would be transferred to Skopje, Macedonia, and later reunited with their families.