Specifying and Securing a Social Minimum 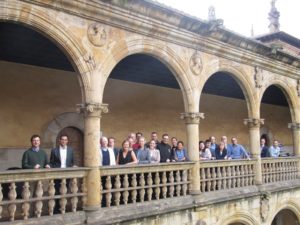 Dr Dimitrios Kagiaros (Edinburgh Law School) reports on a recent workshop, ‘Specifying and Securing a Social Minimum’, held at the International Institute for the Sociology of Law in Oñati, Spain with support from the Global Justice Academy.

Organised by Professors Mike Adler (University of Edinburgh), Sara Stendahl (University of Gothenburg) and Jeff King (UCL), the purpose of the workshop was to bring together international experts from a variety of research backgrounds to discuss the theme of ‘Specifying and Securing a Social Minimum’. The overarching issue that was examined related to the difficulties in determining how poor and vulnerable people can achieve basic minimum standards of nutrition, health care, housing, income, employment and education.

Drawing from a variety of disciplines, including legal theory, human rights law, constitutional and administrative law and social policy, the invited academic speakers were asked to submit research papers illustrating recent developments and new challenges in this field. The workshop followed a particularly innovative approach in generating discussion. Commentators were assigned to each paper and were responsible for presenting its content while also acting as discussants, providing feedback and identifying points for further discussion. This facilitated in-depth consideration of each paper and multiple opportunities for exchange of ideas across disciplines.

The conference theme generated debate on two controversial issues. Firstly, the workshop addressed different approaches and obstacles to defining a social minimum. This included discussion on the concept of poverty, the legal position of social assistance recipients, the concepts of social rights and social responsibilities, and the relationship between resources and the concept of a ‘minimally decent life’.
Secondly, the workshop aimed to bring further clarity to the thorny issue of how such a minimum can be achieved. More specifically, participants critically assessed the contribution of national policies, international conventions, targets and development goals, bills of rights or other forms of constitutional protection to securing this social minimum. Special emphasis was placed on the role of courts. Participants presented judicial approaches to securing a social minimum from India, South Africa, Brazil, and at the international level, the UN Committee on Economic, Social and Cultural Rights and the European Court of Human Rights.

Dr Kagiaros’ paper focused on the role of the European Court of Human Rights in this debate. The paper relied on recent admissibility decisions where applicants unsuccessfully challenged austerity measures adopted to give effect to conditionality agreements in states in the midst of a debt crisis. While ultimately the applications failed at the admissibility stage, the Court in obiter statements alluded to the possibility that a wholly insufficient amount of pensions and other benefits would, in principle, violate the Convention. The paper explored these statements in detail to decipher whether in fact the Court would be willing to set a social minimum standard of protection. The paper argued, that although a duty not to target specific individuals with harsh austerity measures while leaving others unaffected has been read into the ECHR, it is unlikely that with this statement on insufficiency of benefits the Court intends to create a social minimum.

Overall, this was a particularly enriching experience for all involved and hopefully more similar opportunities will arise to discuss these issues in even greater depth.

The United Nations Treaty on the Prohibition of Nuclear Weapons

Dagmar Topf Aguiar de Medeiros is reading for a PhD in Law at the University of Edinburgh, and is an intern at UN House Scotland. As a member of a delegation from Scottish civil society, she recently attended negotiations in New York on the Treaty on the Prohibition of Nuclear Weapons, which was adopted 7 July 2017, at the United Nations.

With an aim to finally move forwards, in October 2016 the UN disarmament and international security committee saw 123 nations voting in favour of meeting to negotiate a legally binding instrument to prohibit nuclear weapons, leading to their total elimination. These negotiations have taken place throughout spring and summer 2017 and have culminated in the adoption of the Treaty on the Prohibition of Nuclear Weapons on the 7th July this year.

The treaty prohibits member states from developing, testing, producing, manufacturing, transferring, possessing, stockpiling, using or threatening to use nuclear weapons, and disallows them from assisting, encouraging or inducing anyone to participate in such activities. Furthermore, it has become forbidden to allow nuclear weapons to be stationed or deployed on member states’ territory. Of equal importance are the positive obligations in the treaty to provide adequate victim assistance and to take measures towards the remediation of environments contaminated as a result of the use or testing of nuclear weapons. Although not explicitly mentioned, there is a growing understanding that financing constitutes ‘assistance’ with prohibited acts.

The text and preamble of the ban treaty reflect the efforts of civil society by emphasising the humanitarian and environmental impact of any nuclear detonation, be it accidental or intentional. The humanitarian initiative proved successful in shifting the debate out of the security argument stalemate states had become entrenched in. At the negotiations, civil society had the opportunity to share the experiences of victims of nuclear weapons and nuclear testing, and to highlight the devastating impact of any detonation and the lack of adequate emergency-response capacity. 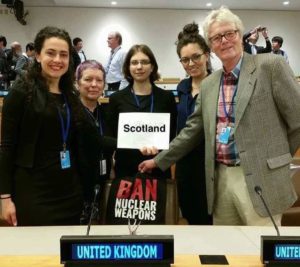 By placing human welfare and safety at the centre of the treaty, it is hoped that the ban treaty will have a ripple effect similar to that of the Conventions prohibiting Biological and Chemical weapons. Therefore, even though none of the nuclear weapons states have expressed any interest in joining the negotiations or the treaty, it is hoped the legal norm combined with continued pressure from civil society will eventually convince governments to discontinue nuclear deterrence policies.

The ban treaty is of particular interest to Scotland because of the country’s unique position of having to facilitate nuclear weapons without having any say in the decisions involving them. This is because nuclear weapons are considered a matter of national security and as such fall outside the scope of Scotland’s devolved powers. 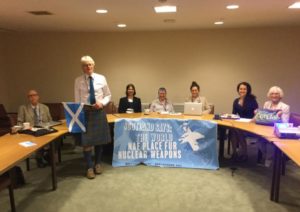 [2] General Assembly Resolution VIII, Establishment of a commission to deal with the problem raised by the discovery of atomic energy (24 January 1946), available from http://www.un.org/ga/search/view_doc.asp?symbol=A/RES/1(I) (last visited 9 July 2017).

If you are interested in reading more about the negotiations on the ban treaty, including daily reports from the Scottish civil society delegation to New York, visit http://www.nuclearban.scot/ and http://www.icanw.org/

If you want to find out more about civil society engagement surrounding nuclear disarmament, please visit: 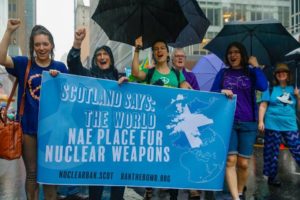 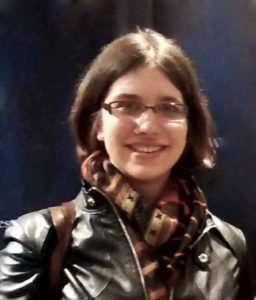 Dagmar Topf Aguiar de Medeiros is reading for a PhD in Law at the University of Edinburgh. She holds an LLM in Private Law from the University of Leiden and an LLB from the Utrecht Law College of Utrecht University in the Netherlands. Dagmar’s research interests span public international law, specifically environmental law, climate change law and human rights. Her current research relates to the international constitutionalism in the context of the United Nations Framework Convention on Climate Change.

Whatever happened to freedom of conscience? 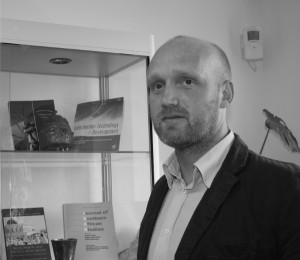 Professor Toby Kelly is Head of Social Anthropology at the University of Edinburgh and Deputy Director of the Global Justice Academy.

Northern Ireland MLA, Paul Givan has proposed a Freedom of Conscience Bill. Invoking a three hundred year tradition of freedom of conscience and the Universal Declaration of Human Rights, Givan calls for greater toleration of different beliefs.  Yet, Amnesty International has said the bill was ‘not welcome and is not needed at all’. Indeed, it went so far as to say ‘what is proposed is not a conscience clause, it is a discrimination clause’. At first glance this appears a little surprising, given that Amnesty first came to public prominence as an organization that campaigned explicitly for freedom of conscience, and Prisoners of Conscience still play a significant part in Amnesty’s activities.

END_OF_DOCUMENT_TOKEN_TO_BE_REPLACED

In a stimulating opening Gifford Lecture tonight, Professor Jeremy Waldron emphasised the urgency of not only eradicating ‘surface inequality’ in public legal relations, but in carrying out a theological and philosophical examination of what may underpin human equality in a world where ‘grotesque differences in economic lives’ create the risk of ‘leech and leak’ to undermine our commitment to a common humanity. We re-assure ourselves that the ‘surface inequality’ between rich and poor is compatible with an inviolate ‘basic human equality’ which underlies our mutual existence. But is that weakening in our society, such that the view may emerge that ‘the poor are not fully human’ and ‘only the prosperous live fully human lives’? Is there a danger now that a ‘conditional’ legal status due to the vicissitudes of life, such as that of an African-American in jail, becomes re-inforced as a ‘sortal’ status of permanent identity to delineate rights and all human potential, in like kind to the evils of slavery or apartheid in the past?

END_OF_DOCUMENT_TOKEN_TO_BE_REPLACED

The Edinburgh Ethics Forum how has a blog! Dr Philip Cook (Lecturer in Political Theory) has written a piece about the relevance of the Universal Declaration of Human Rights:

We encourage you to check it out!